Why Social Gaming is on the decline? Blame cannibalisation by mobile and OTT

Social Gaming is on the decline - not terminal decline, just platform cannibalisation. Well mostly. Some Social Gamers just go off and play other newer games. The big reason for the decline in social game, I believe is the rise of free games in App Stores like Android Play and iTunes App Store. These App Stores provide a direct to user channel for promotion of games.

5 reasons Social Gaming is on the decline

There are 5 reasons this is happening

Recently Read Write Web did a post on Zynga and the decline of social gaming on Facebook. A bit of this article appears below -

At the time of its IPO in mid-December, Zynga had the top five games on Facebook by daily active users. But, according to app tracking website AppData, three of those five apps have declined dramatically in Daily Active Users (DAI) since then.

The main reason for Zynga’s stock price fall this week was a report from financial analyst firm Cowen and Company entitled “Facebook Gaming in Accelerating User Tailspin.” The report stated that Zynga’s social gaming daily active users declined by 8.2 percent to 54.2 million in May.

According to Cowen analyst Doug Creutz, that’s because casual gamers are moving away from the Facebook platform to play games on their smartphones and tablets. However Creutz hedges his bets, by noting that Zynga is “aggressively pursuing mobile game development.” Accordingly, he has a “Neutral” rating on Zynga shares.

WordPress gets a major update about twice a year. If you’re responsible for doing the upgrade here’s a pre-update checklist for WordPress to help you identify any bugs that will get in the way of a flawless update. 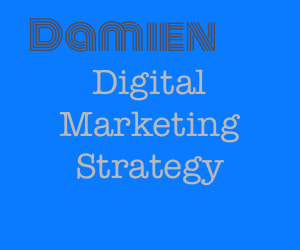 Want a quick head start to a digital marketing plan for your brand or business?