I actually wasn’t sure what to expect never being to a sound play / radio play before. I then heard it was only going to be an hour (sob sob). But for starters - 200m in front of me (roughly) were some of the best actors on stage and NOT ON A SILVER SCREEN. Real breathing people, like wow! and collectively you also have 2 plays written and produced by !Geniuses!

I would hazard a guess that this wasnt the first time this bunch of actors and writers had worked together either (aha! - hahaha) as it was the way the characters were matched to the actors and how the actors slipped in and out of their personas easily.

It was the wit of the second play (Charlie Kaufman’s Hope Leaves the Theatre) which sucked me in more. Started subtly with the actors being people in the audience and ended with the unsubtle revelation of all characters and how they related to each other. Sometimes i missed these as i was to drawn into the story or just gazin at the actors faces.

But hey it was brilliant evening.

Filmmakers Joel and Ethan Coen (O Brother, Where Art Thou? The Big Lebowski) and Charlie Kaufman (Eternal Sunshine of the Spotless Mind; Being John Malkovich) bring the quirky drama and savage wit of their award-winning movies to the stage in a live reading of two original sound plays set to music by their long time collaborator, composer Carter Burwell. The Coens’ Sawbones and Kaufman’s Hope Leaves the Theater come to life with eight extraordinary actors, scripts in hand, joined on stage by a sound-effects artist and a live band to create multiple characters and parallel realities, located somewhere between melodrama and comedy. 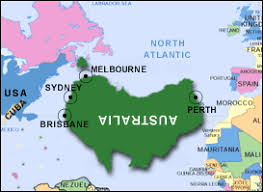 AUSTRALIA GETS DRUNK, WAKES UP IN NORTH ATLANTIC

Tired of Being Isolated and Ignored, Continent Isn’t Bloody Moving